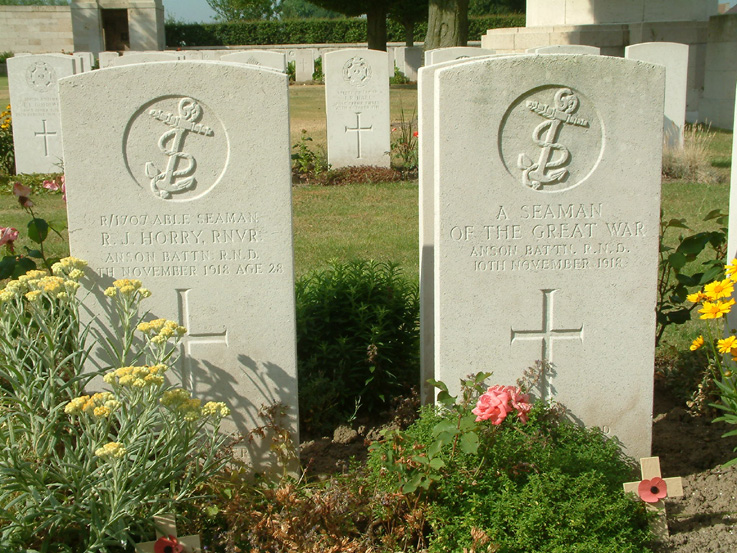 Thanks to the in-depth research carried out during the compilation of the "RND Roll of Honour" it is now possible to show beyond any doubt, that the grave shown above of an unknown "Seaman of the... Anson Battn. R.N.D." is actually that of PLY/18155 Private Walter George BUCKLEY R.M.L.I.

The primary reason for the failure to correctly identify this grave previously, lies in a set of errors contained in the CWGC's records. These errors all relate to Royal Marines serving with the Anson, Hood & Drake Battalions of the R.N.D. in late 1918, all of whom are incorrectly recorded as having died whilst serving with the 1st Royal Marine Battalion.

The first indication came from Private Buckley's Casualty Form AFB.103, a copy of which was obtained from the Fleet Air Arm Museum:- 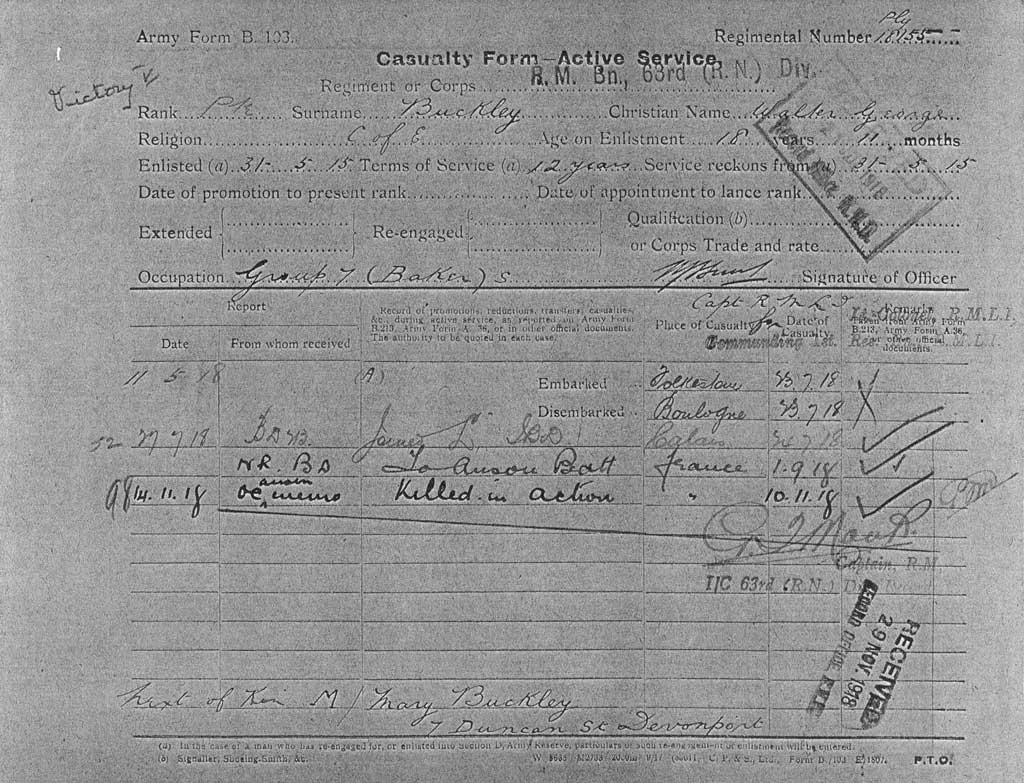 Buckley's AFB.103 clearly shows he was posted to the Anson Battalion 1st September 1918, & that the report of his death orginated in a memo from the OC Anson Battalion (Lt.Cdr. Wm. Arblaster MC RNVR) 14/11/18.

However, it was only when the above photograph of the two Anson R.N.D. graves at Tournai was forwarded to us, that we were able to deduce that Private Buckley must be buried as the unknown Anson seaman 10/11/18.

Further investigation showed that ten Anson Battalion men (4 officers & 6 Other Ranks) were killed in their last attack of the war, 10th November 1918, as shown in their "Summary of Operations" found in the Anson Battn. War Diaries (WO/95/3111/81201) shown below (images show only the title page & the relevant last page recording the number of casualties):- 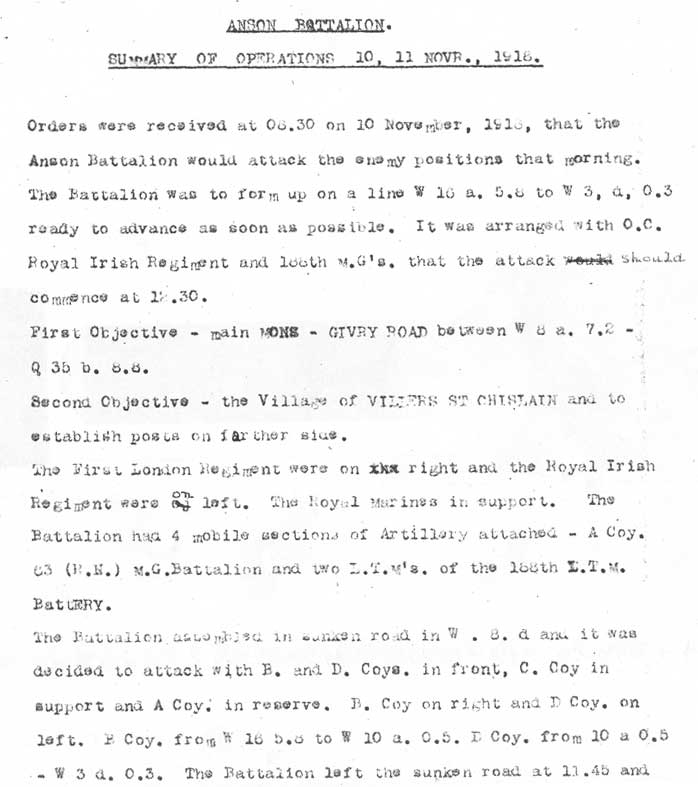 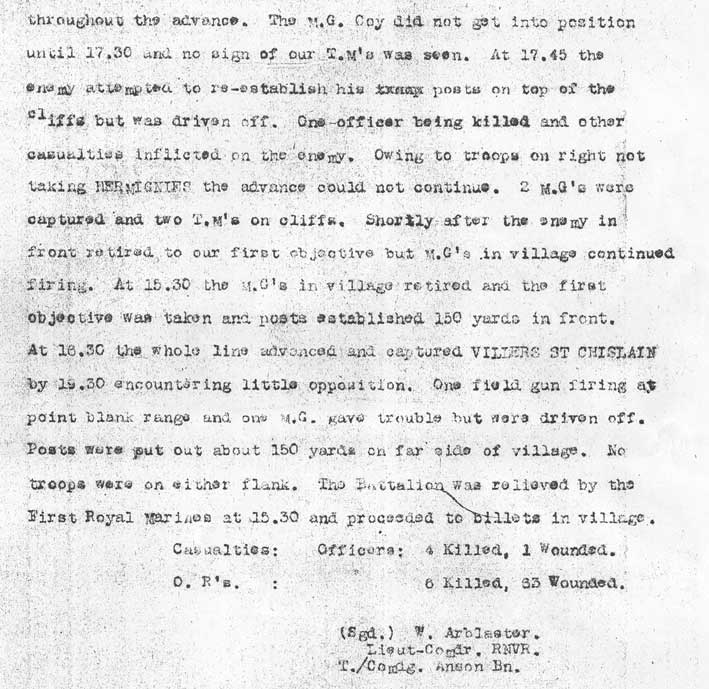 The Anson War Diary figure of four officers & six O.R.s killed concurred with our own "RND Roll" findings. We had already noted that the CWGC gave only nine Anson casualties 10/11/18 & that Private Buckley was the tenth man; incorrectly listed as "1st R.M. Battn.", the only man without a known grave, & that he was comemmorated on the Vis-en-Artois Memorial to the missing.

Of the nine:-
Eight are buried in Valenciennes (St Roch) Communal Cemetery:-

Once we learned that there was an unknown grave of an Anson Battalion man who died 10/11/18 buried next to AB Horry, it was a simple matter to deduce that Private Buckley was that man.

We imagine that Buckley was also originally buried in Spiennes Churchyard with AB Horry & that both men were exhumed & reburied at Tournai in the early post-war period.

The following listings are of 32 Royal Marines who died whilst serving with the Anson, Drake & Hood Battalions of the R.N.D. in late 1918. All are incorrectly recorded by the CWGC as "1st R.M. Battn.":-