By far the greatest number of cases which come to our notice originate from the thriving medal collectors market. E-Bay, by virtue of its huge monopoly in daily medal sales, has become the most important source. Other sources are identified below:- 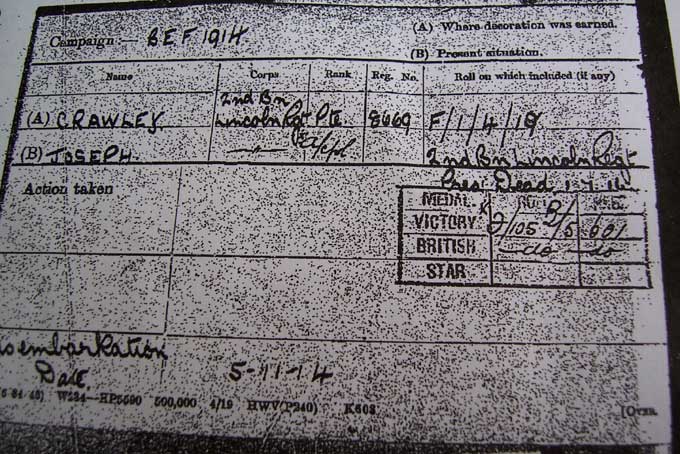 We were contacted recently by a gentleman who had purchased on E-Bay a 1914 Star, Victory medal & Bronze Memorial Plaque to 8669 A/Cpl. Joseph Crawley. He could find no trace of this man on the Commission's database. On further investigation, it transpires that this man was killed (missing & presumed dead) on the blackest day of the First World War, 1st July 1916, the first day of the Battle of the Somme. The medal index card (above) confirms his death as "Pres. Dead 1/7/16".
In addition to his absence from the Commission's database, he is not listed in the "GRO War Deaths Army Other Ranks 1914-1921", nor in "Soldiers Died in the Great War". At present, the only evidence of this man's existence & death are the Medal Index Card (above) & the 1914 Star & Memorial Plaque (below). A search of the WO/363 Army service papers has been unsuccessful. 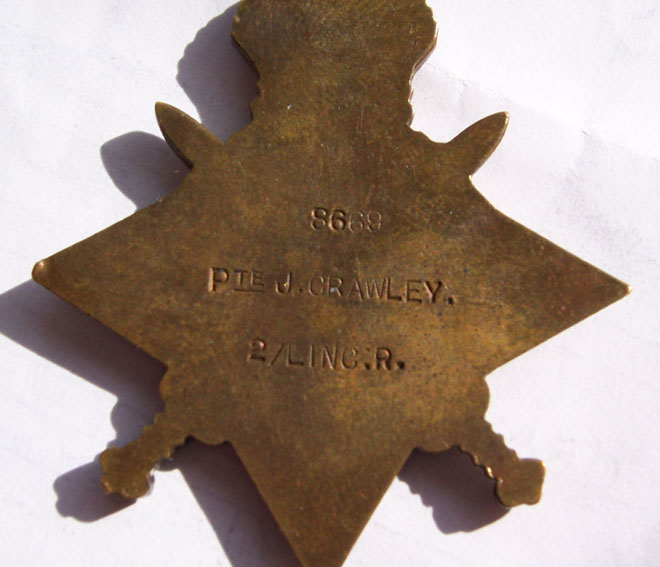 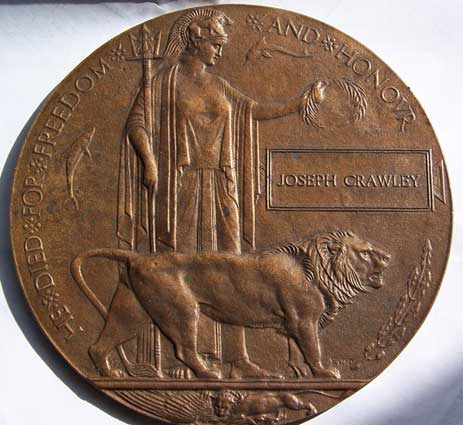 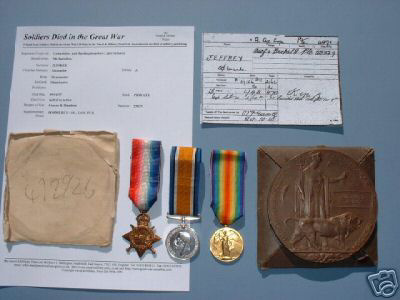 Photo from sale on E-Bay

We spied this lot whilst browsing on E-Bay. This man's details are confirmed in "Soldiers Died in the Great War", but the seller could not find him on the CWGC website. His medal index card (below) confirms his death in service. 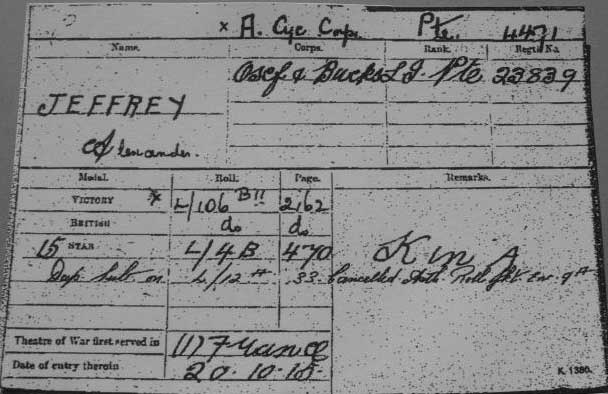 Medal collectors will note that an error has been made in the naming of these medals. The 1914-15 Star should bear the details of his first service in France as 4471 Pte. Army Cyclist Corps, & his later unit "23839 Pte. Ox. & Bucks." should appear on the British War & Victory medals. Some confusion in the medal issue is evident, as a duplicate star appears to have been requested, then cancelled. 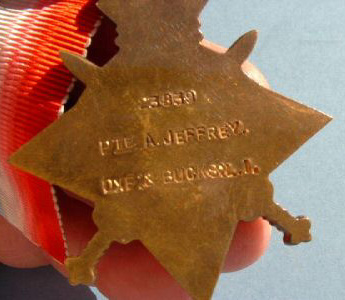 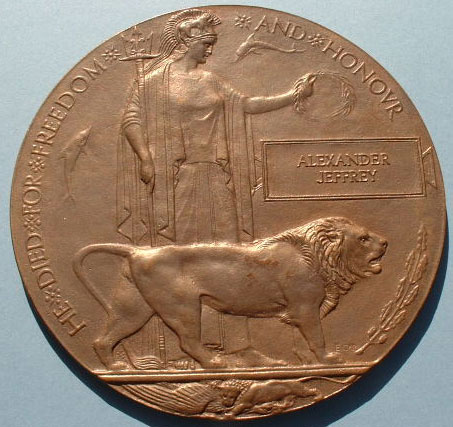 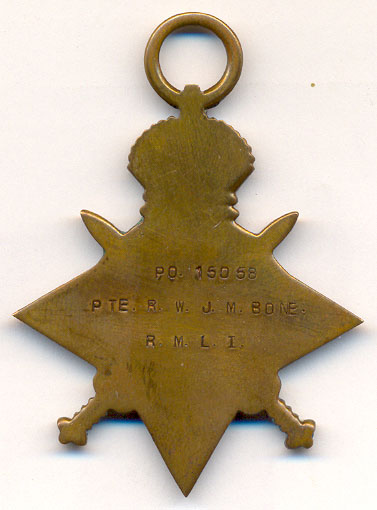 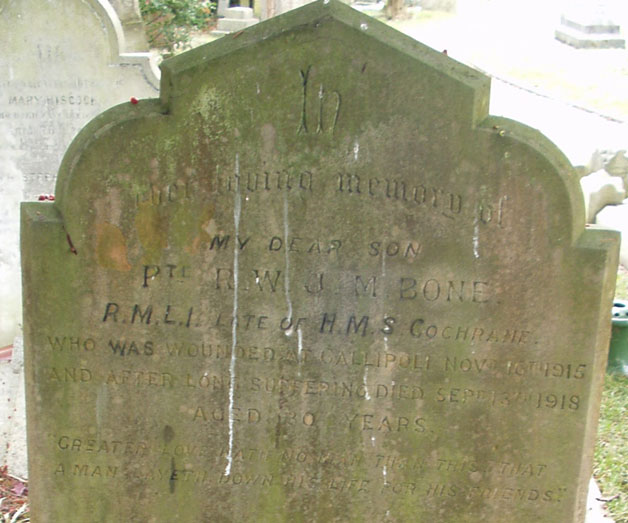 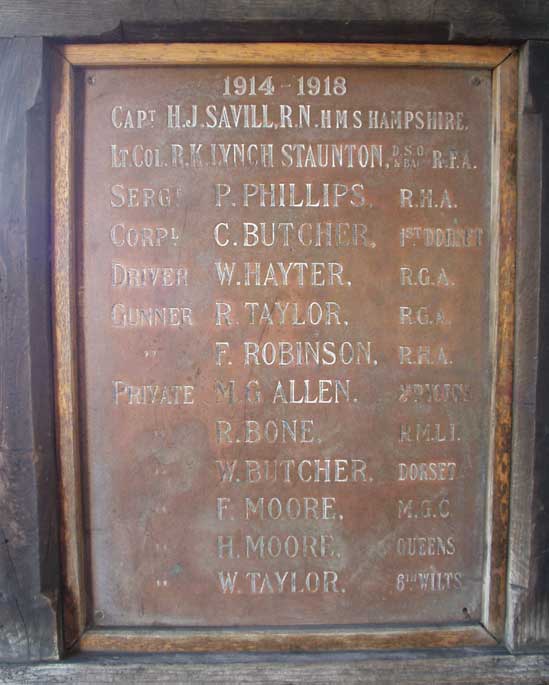 Plaque on the left side of the Lych gate of St. John the Baptist Parish Church, Purbrook. 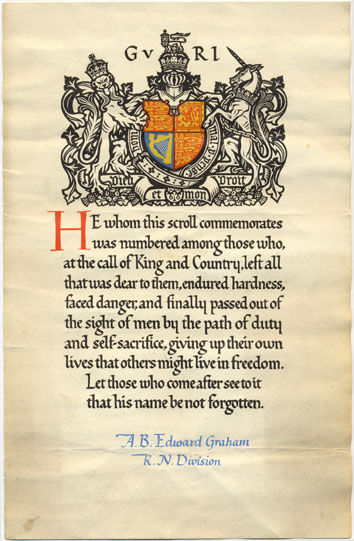 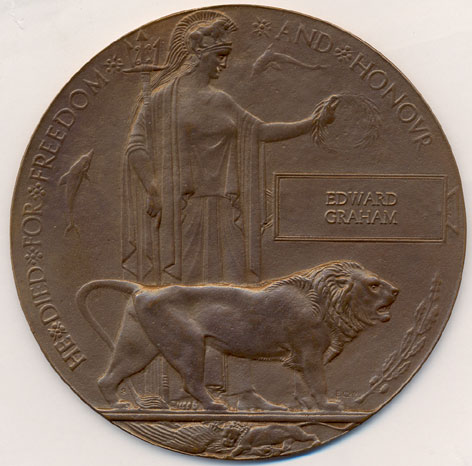 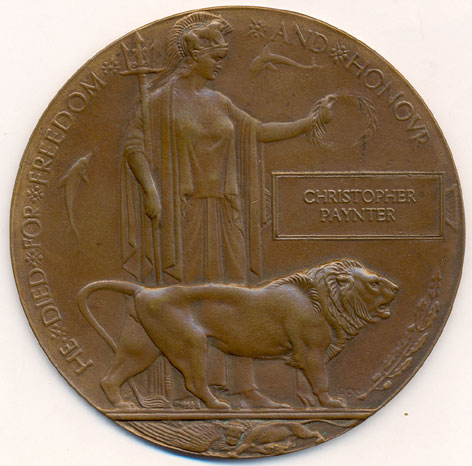 This plaque was sold as "not found on CWGC", but came with a UK GRO death certificate reference from the former owner. The certificate confirmed the death of this Canadian soldier with all the details listed here. The Informant on the certificate was "H.L. Pavey Major, S.M.O., OC 60th Bn. C.E.F., Bramshott Camp, Bramshott."

THIS MAN WAS SUBSEQUENTLY FOUND ON THE CWGC SITE AS "POINTER".
HIS CWGC RECORD HAS NOW BEEN CORRECTED.

THIS MAN WAS FOUND ON THE CWGC SITE AS "WILTON".
The error in RAF records had been duplicated by the CWGC.
This error has now been corrected. 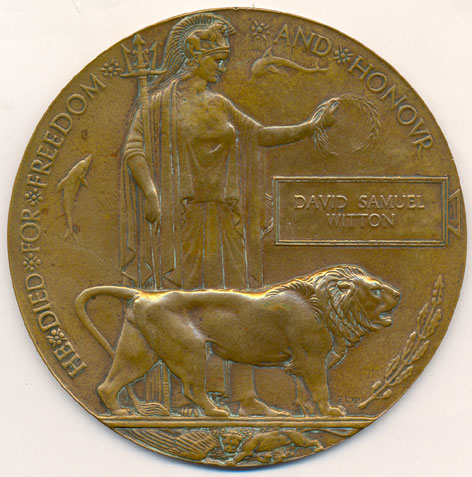 This plaque was sold as "not found on CWGC", but came with a UK GRO death certificate reference from the former owner. The certificate confirmed the death of this Airman with all the details listed here. The Informant on the certificate was "J.C. Symonds, Captain & Quartermaster, Third Southern General Hospital, St. Peter-in-the-East. 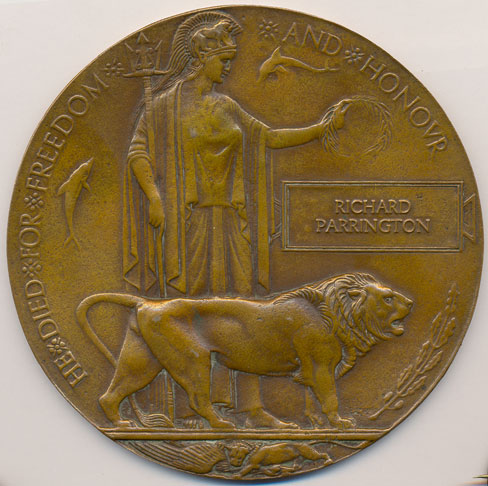 PARRINGTON HAS NOW BEEN ACCEPTED FOR COMMEMORATION BY THE CWGC

The plaque shown below was bought without service details & cannot be found on the CWGC website. Very little has been discovered about this man, but his birth certificate has been traced which states the following:- born 23 Woodfield Place, St. Mary's, Paddington 29th October 1900. Son of Walter Henry & Louise Henrietta Bowles (formerly Lawrence).
If the birth certificate is correct, this boy would not have been old enough to serve overseas in 1918. It is believed that he may have enlisted under-age with an alias & that alias is not listed/cross-referenced in the CWGC Registers. Help is required with this one. 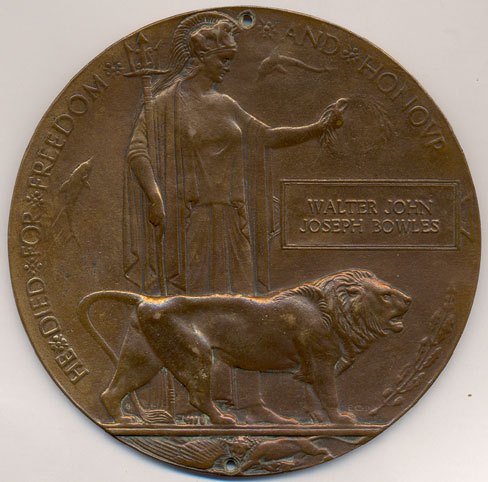 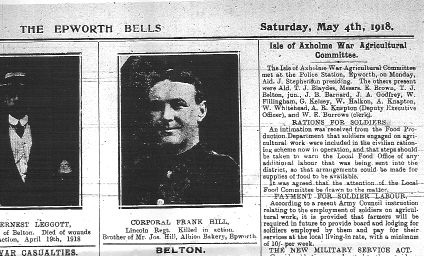 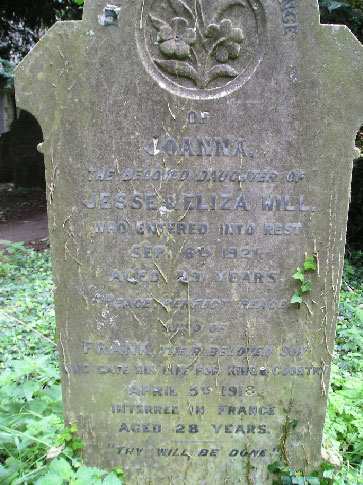 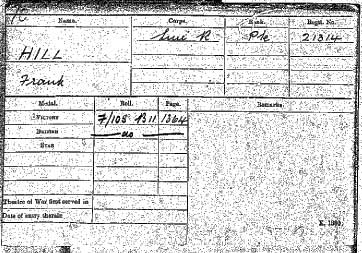 Medal Index Card for Frank Hill. No mention of his death is made (common with late war deaths) 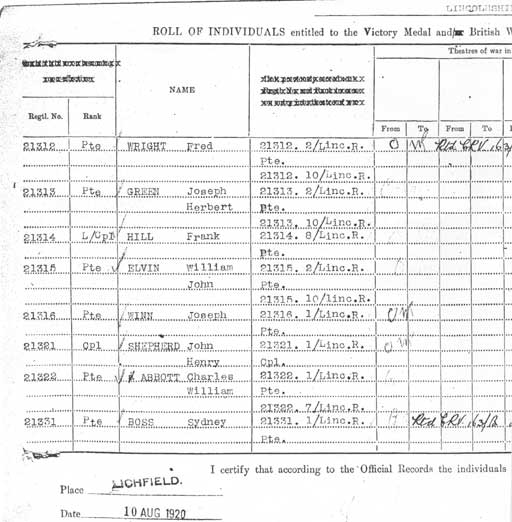 Frank Hill is not listed in "Soldiers Died in the Great War". His case is known to the CWGC.