After service with HMS "Intrepid" Julin spent the next four years at the Portsmouth Barracks & other shore based establishments. He married 'Lily' 25/12/1899 & took up residence at 12 Parham Rd., Forton, Gosport. He was promoted Corporal 5/4/1900.
In March 1904 he embarked aboard HMS "Hercules" for five months, returning to the Portsmouth Barracks in early October 1904 & was promoted Sergeant 11/10/1904. Then in late March 1905 Sgt. Julin joined HMS "Good Hope" for the first of his two terms aboard. The Postcard below was written aboard the "Good Hope" 8th August 1905:- 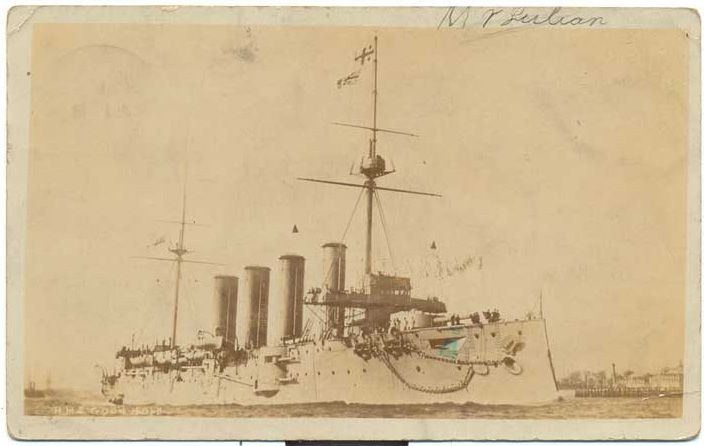 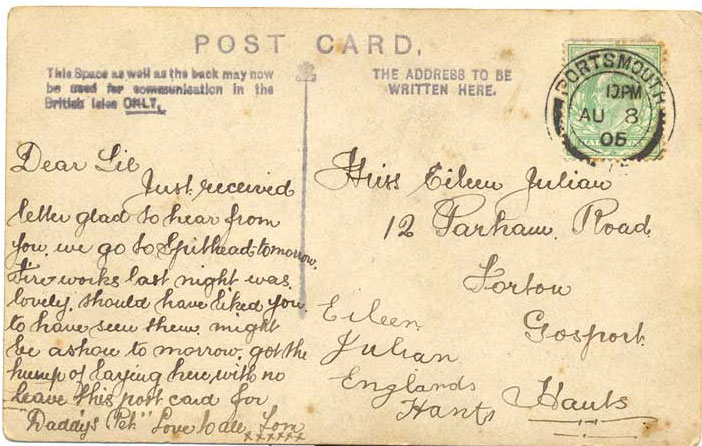 This Postcard depicts HMS "Good Hope" & was addressed to his daughter, Miss Eileen Julian, 12 Parham Rd., Forton, Gosport, but written to his wife:-
"Dear Lil, Just received letter glad to hear from you. We go to Spithead tomorrow. Fireworks last night was lovely. Should have liked you to have seen them. Might be ashore tomorrow, got the hump of laying here with no leave. This Postcard for Daddy's Pet. Love to all Tom xxxxxx."

It will be noted that his surname is spelt "Julian". This is rather odd/confusing, as all his enlistment papers, signature etc. all read "Julin", excepting his ADM/159 service sheet, which has been corrected to "Julin". 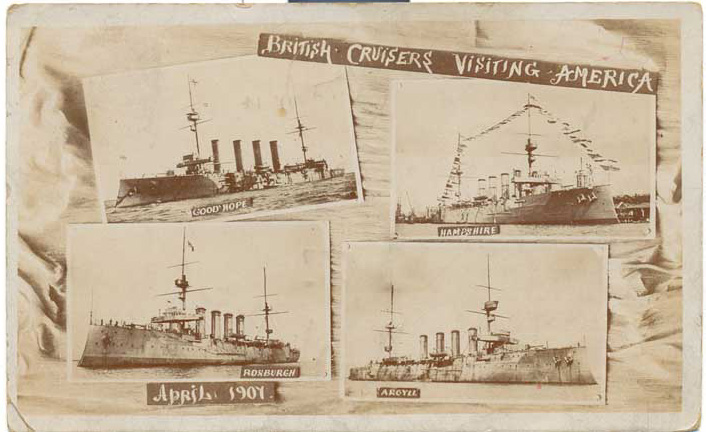 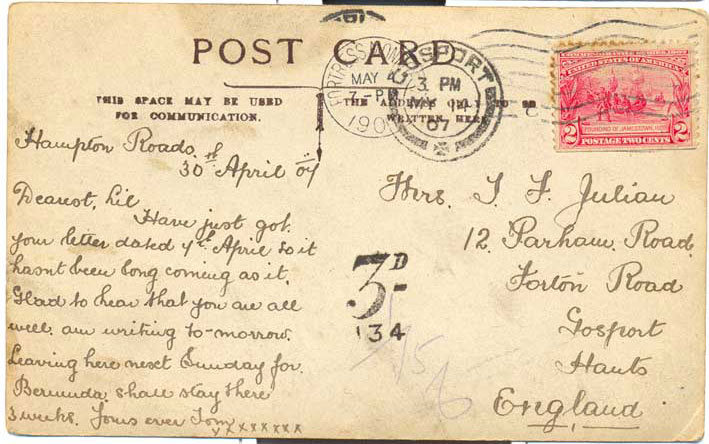 This PC was sent from Hampton Roads 30/4/1907, postmarked 4/5/1907 with a US two cent stamp & depicts the "British Cruisers visiting America April 1907" with four small views of HMS "Good Hope", "Hampshire", "Roxburgh" & "Argyll", addressed to Mrs T.F. Julian, 12 Parham Rd., Forton, Gosport: "Dearest Lil, Have just got your letter dated 7th April so it hasn't been long coming as it. Glad to hear that you are all well. Am writing to-morrow. Leaving here next Sunday for Bermuda. Shall stay there 3 weeks. Yours ever Tom xxxxxxxx."

Again it will be noted that he addressed this card Mrs. T.F. Julian. It is rather odd that his wife should have this different spelling of his name.

The "Good Hope" went into action at the "Battle of Coronel" 1st November 1914 & was sunk with all hands. Clr.Sgt. Julin is listed on the Portsmouth Naval Memorial (those lost or buried at sea). 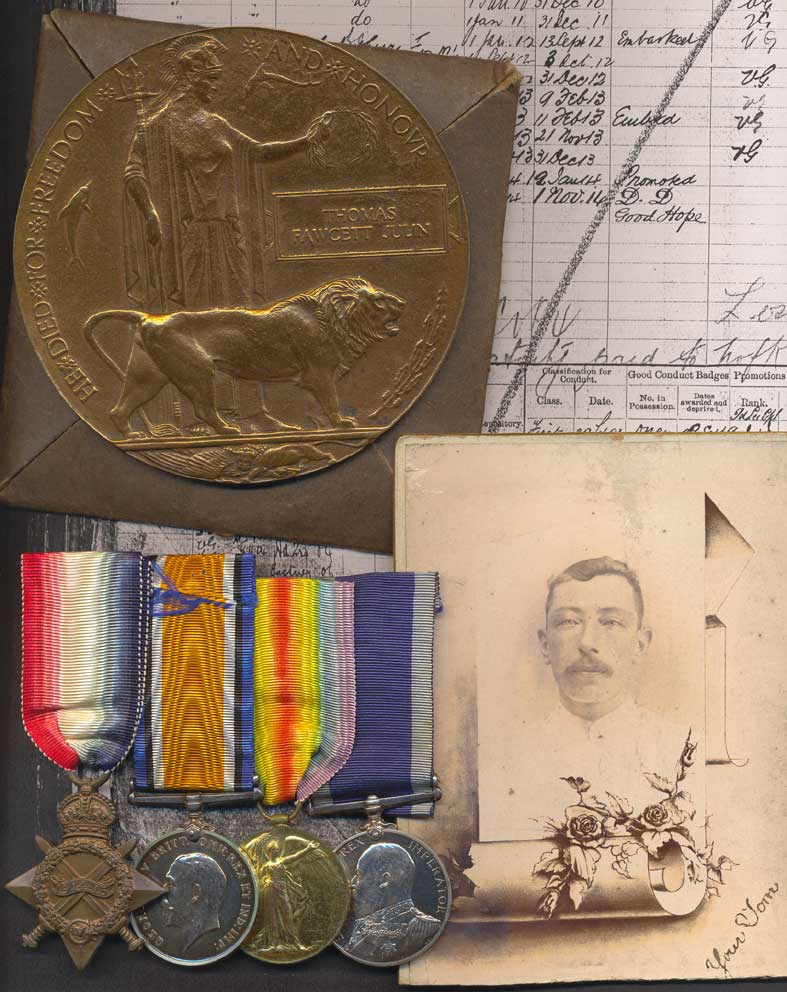 The naming details of Julin's medals. Note the 1914-15 Star is impressed "Julia".

(1) Julin's wife or daughter did not return details to the CWGC for entry in the Portsmouth Naval Memorial Register & no details of his family are given therein.