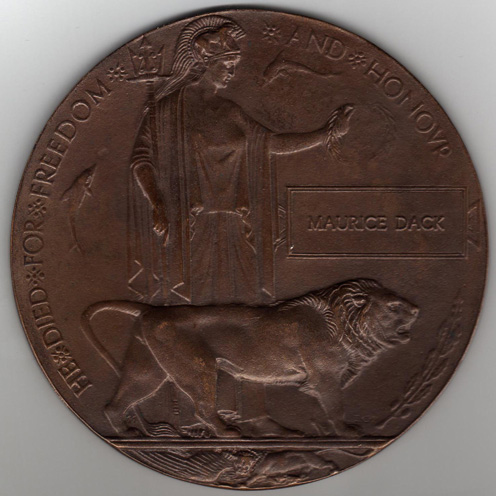 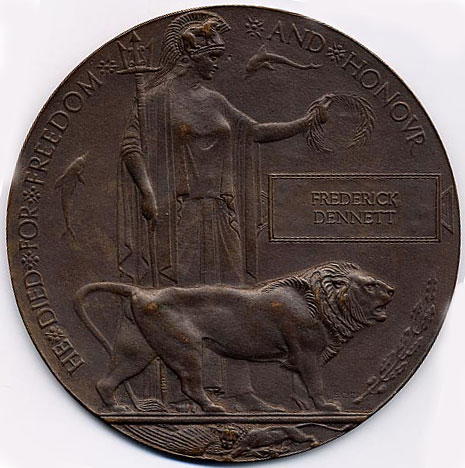 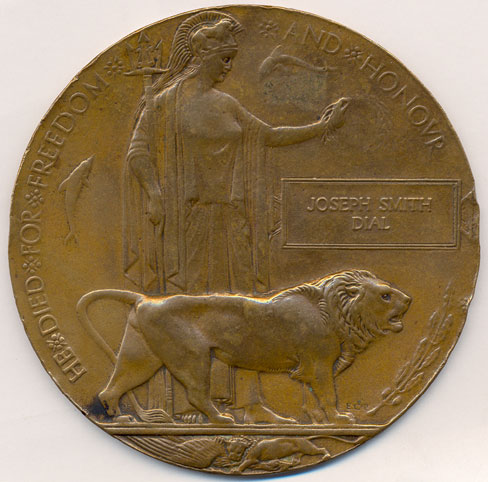 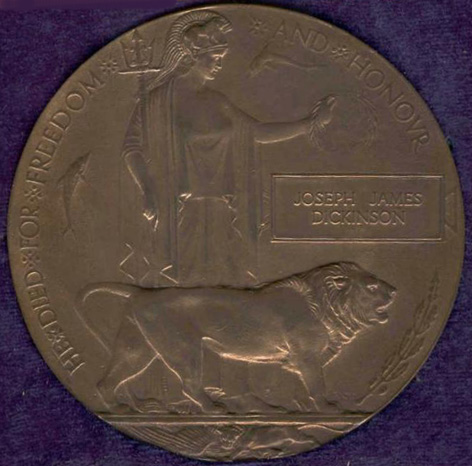 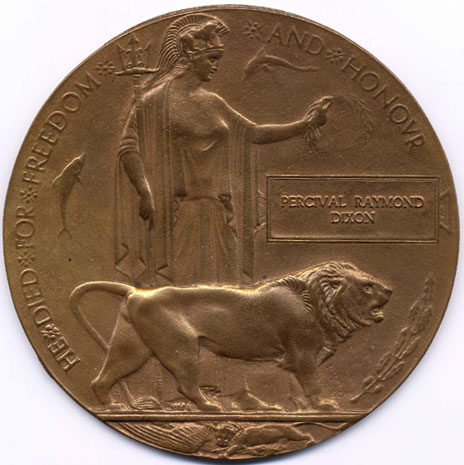 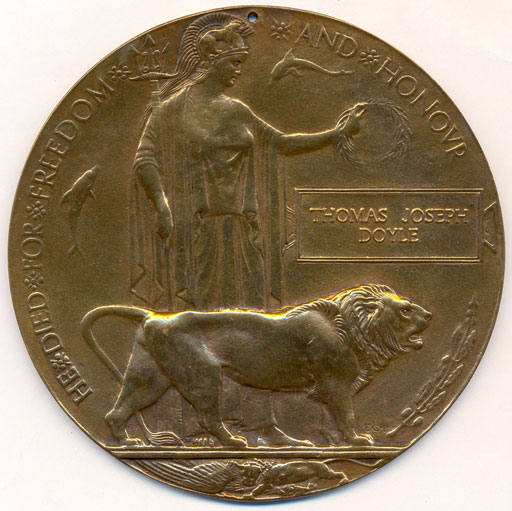 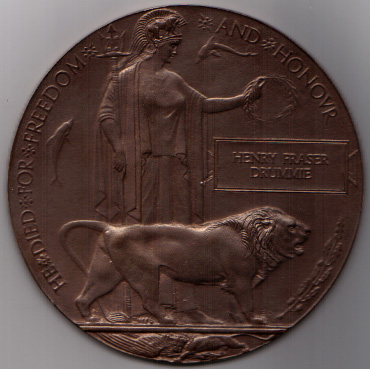 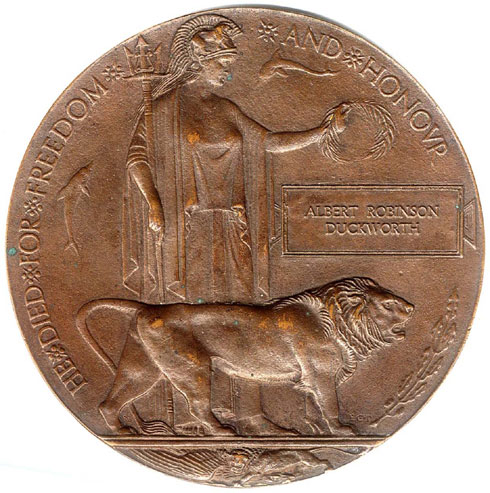 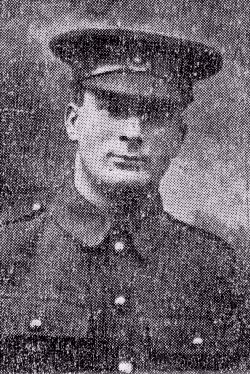 As we recorded in our last week's Roll of Honour, Private Albert Robinson Duckworth, of Cudworth, has been killed in the Dardanelles. He joined the Royal Marines last November, previous to which he was employed as a Signalman on the Hull & Barnsley Railway at Hemsworth Sidings. He had also worked at Denaby, & for some years resided with his brother, Mr. R.C. Duckworth at Cudworth. He was highly esteemed by all who know him, & all his friends deeply regret to hear of his death, which occurred between April 30th & May 13th, his oldest brother having had the official information from the Admiralty. From time to time the deceased soldier has sent some very cheering letters, & had he have lived his experiences would have been very interesting. The following is a copy of the letter received by Mr. R.C. Duckworth from the deceased man's Commander of the Company to which Private Duckworth belonged:- "Dear Sir, - It is with heartfelt regret that I write to you concerning the death of your brother Private Duckworth, of which you will have already received notification. I am temporarily in command of the Company to which your brother belonged & was previously his Platoon Commander. There was no man under my command who displayed more heroism & gallantry throughout the fighting & he was recommended by me & by many others for mention in C.O.S. dispatches. Moreover, he was one of the few who after 18 days strenuous fighting kept a wonderfully cheerful spirit & endeared himself to all officers & men. It is the irony of fate that after winning through untold risks in the firing line, he should have been killed here by a stray shell in the reserve trenches. You will be comforted to know that death was instantaneous & painless. His comrades have dug a grave & erected a cross to mark the place. I can say no more than to offer you my deepest sympathy & only trust you may find consolation in the thought that your brother died for his country & proved himself a hero. - Yours very truly, T.L. Edwards.

PLY/229/S Private Horace Bruckshaw RMLI, No.4 Coy. Plymouth Bn. recorded in his diary 4/5/15:-
"Captain Andrews congratulated us on our performance at the landing. He said I had been specially recommended by two Scotch officers for remaining to snipe after the retirement. He afterwards told me it would be the DCM. Duckworth, a platoon comrade, was also recommended." ; Private Bruckshaw also recorded 13/5/15:- "Enjoyed a good long night's sleep for we were very tired. Our artillery has been bombarding since yesterday afternoon. We dug a hole in the ground first thing & put a waterproof sheet in it, which we filled with water. Stripping ourselves we then enjoyed a much needed bath. Soon after we had completed our rough & ready toilet a big shell dropped right in amongst us knocking out seven or eight. Pollard & Madden were two victims out of our section. Duckworth, the man who did such good work in the landing was blown to atoms." [It would appear that Captain T.L. Edwards' statement that Duckworth was buried by his comrades was a white lie, very common in such circumstances. The two victims mentioned by Bruckshaw "Pollard & Madden" were both invalided to the UK in June 1915. PLY/243/S Private William Pollard & PLY/241/S Private John Madden.] 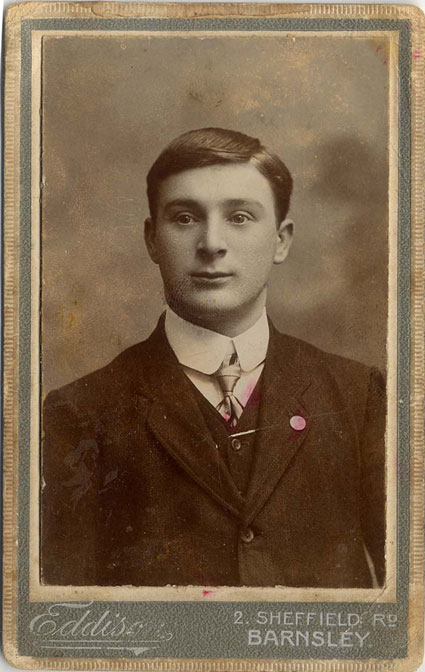 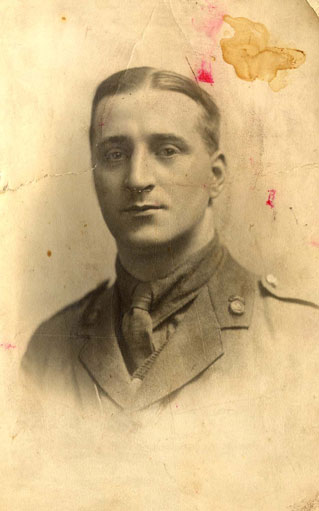 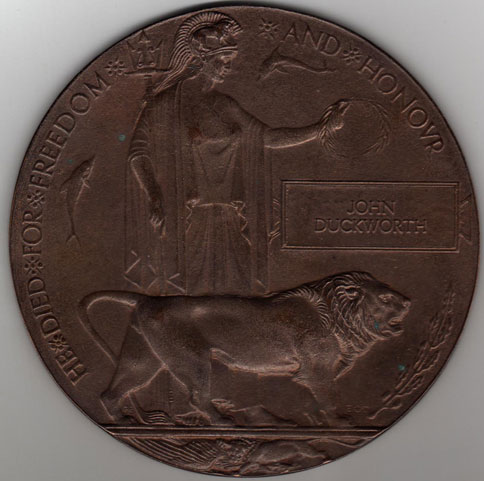