It was during my transcription of the 1st Royal Marine Battalion (1RM) War Diaries, that I first came across an entry which read:-

Front Line Trenches ANGRES II Sector 3rd August 1916
Ordinary Front Line routine.
Notification of death of 962/S Pte. A.J. Wilson, wounded yesterday (2/8/16).
An explosion occurred in a Dugout in which was stowed about 100 rounds of Stokes Gun Ammo.
The Dugout was completely wrecked & 1 Cpl. & 4 Ptes. of the 188 TM Bty. were killed.
No knowledge as to how explosion occurred.

I made a mental note to identify these five unlucky Marines at a later date.
My first course of action was check the records held by the Commission for the RMLI deaths occurring in France 3/8/16. Unfortunately, I could find only one Marine of the 188th TMB killed 3/8/16: PLY/249/S Pte. William Powell RMLI, who is commemorated on the Arras Memorial (MR20).
However, there were three Privates of the 2nd Royal Marine Bn. (2RM) listed as killed 3/8/16 & one from the 1st Royal Marine Bn. (1RM). I could discount the latter as he was the man the War Diary referred to as wounded the previous day: CH/926/S Pte. Albert John Willson RMLI (note War Diary's incorrect number & spelling) who is buried in Barlin Communal Cemetery Extension.
The three Marine Privates supposedly of 2RM KIA 3/8/16 were:-
PLY/13644 Pte. James Sterling RMLI (Tranchee De Mecknes Cemetery, Aix-Noulette: FR559)
PO/18289 Pte. John Edward Simpson RMLI (Tranchee De Mecknes Cemetery, Aix-Noulette: FR559)
PO/18601 Pte. James Henry Nash RMLI (Arras Memorial: MR20)

After consulting the War Diaries for 2RM, it seemed most likely that these three Marines were the missing Ptes. of the 188th TMB. It appears that 2RM were in billets at Fosse 10 & Bully-Grenay on the 3rd of August, occupied with "Baths & medical inspection" with no casualties recorded.

This still left the Corporal who was also mentioned as killed. Further investigations showed only one RMLI Cpl. killed around this time: PLY/14099(RFR/B/956) Cpl. Walter Gray RMLI, who is recorded as 2RM 4/8/16 (Arras Memorial).

For the two Plymouth Marines, Cpl. Gray & Pte. Sterling, the evidence resides in their service papers at the Fleet Air Arm Museum. In January this year I obtained a copy of Pte. Sterling's AFB.103 (Casualty Form Active Service), which showed that he transferred from 2RM to 188th TMB 17/6/16. His AFB.103 also showed that he was originally reported killed 4/8/16 & this had been altered to 3/8/16.
Unfortunately, Cpl. Gray's AFB.103 has not survived, but his other service papers showed that he had also originally been reported killed 4/8/16 & this had been altered to 3/8/16.

For the two Portsmouth Marines, Ptes. Simpson & Nash, all service papers are held at the PRO, Kew.
On inspection of their RMLI service registers (ADM/159 series), both had pencilled entries reporting their deaths from the "Daily Orders of the 188th TMB" & also, significantly, they were both originally reported KIA 4/8/16.

Having definitely identified the three missing Marine Privates, I was left with only circumstantial evidence for Cpl. Walter Gray. Even so, this evidence is substantially reinforced by the three other Marines, now definitely identified as 188th TMB.
The significant similarities between Cpl. Gray & the other four Marines are:-
his date of death originally being reported as 4/8/16 & also being altered to 3/8/16; all four are recorded by the Commission as 2RM when this unit was at rest; the 1RM War Diary stating that one Cpl. was killed along with four Privates; & the details of their burial/commemoration.
Two were buried at Aix-Noulette & three are listed on the Arras Memorial. The fact that only two bodies were recovered from the aftermath of the dugout explosion is perhaps not surprising. Most significantly though: of the 51 RMLI casualties in France from June to September 1916, Gray, Nash, & Powell are the only Marines whose bodies were not recovered for burial.

Listed below, for the first time in history, are the correct details for the five Marines of the 188th TMB killed 3/8/16:- 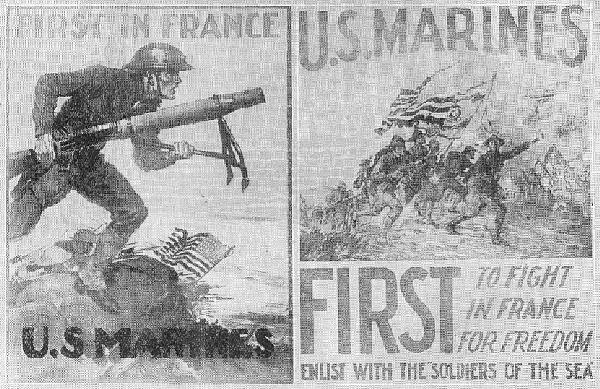 The landing at "Y" Beach, Gallipoli, 25/4/15, was a Battle Honour of great distinction for the Marines of the Plymouth Battalion. After making an unopposed landing & climb of the 200 foot high cliff face in support of the 1st Battalion of the King's Own Scottish Borderers (1/KOSB) & one company of the 2nd Battalion of the South Wales Borderers (2/SWB), they waited for troops from the southern beaches to advance & link up. They waited in vain.
Late in the afternoon of the 25th they began to receive shrapnel-shell & sniper fire from the Turks. At about 5.30pm the Turks began a series of attacks that increased in intensity & continued throughout the night of the 25th-26th. The last Turkish assault was repulsed at 6.45am on the 26th. After suffering heavy casualties with no reinforcements and with no sign of British troops advancing from the south, it was decided to abandon the position and 'Y' Beach was evacuated by 11am on the 26th.

The landing at 'Y' Beach was a lost opportunity, ending with a failure to exploit an unopposed landing and an embarrassing withdrawal just as the Turks had had enough and done likewise (which allowed the surviving troops a virtually unmolested re-embarkation).

Battle Honours are not much good to those who died, but for their descendants & historians it is a subject of pride, honour & remembrance for the brave men who died at 'Y' Beach, 25th & 26th of April 1915.

Unfortunately, the records of the Commission are hopelessly inaccurate regarding the correct dates of death for the Plymouth Bn. Their records would have us believe that only 7 Plymouth Marines died at 'Y' Beach 25-26/4/15. It is obvious that this figure must be wrong, especially when one considers that 92 men of the 1/KOSB were killed 25-26/4/15 (figures given by the "Soldiers Died in the Great War" CD-ROM). From evidence found in original RMLI service documents, the Royal Marines Journal "The Globe & Laurel" and in contemporary diaries and newspapers, we can show that 55 Marines of the Plymouth Bn. were killed at 'Y' Beach. Of these 55, the Commission record 44 as having died on the 3rd of May 1915 and four as the 13th of May 1915. Further to this, the two dates which have substituted for the true date (the 3rd & 13th of May 1915), are days on which it is recorded that the Plymouth Battalion were not in action, but were at work well behind the lines: cutting steps in the cliff face or digging trenches at the top (3/5/15); or in rest camp behind the lines (13/5/15). The Plymouth Battalion was in action only at 'Y' Beach 25-26/4/15 and at the 2nd Battle of Krithia 6th -11th May. Apart from the odd casualty, one should not find Plymouth Marines reported as killed on these dates, let alone 44.

Such was the chaos after 'Y' Beach, (the Battalion had lost nearly a third of their number dead or wounded) that it was not until the 4th of May that they were able to attend to the Plymouth Battalion's records.
An inspection of the Army Form B.103s for the Marines in question shows one common denominator: the Adjutant did not bother with an exact date, due to lack of time, information, witnesses & the great volume of work; so he used the catch-all phrase "about the 3rd of May 1915" and dated all such reports the 4th of May. With this small expedient, the Adjutant drew a veil over the true date of death for 48 of the Marines killed at 'Y' Beach.

In the Roll listed below, we give the names of these 55 Marines, accompanied in italics by the entry given on their RMLI service documents & the date of death recorded by the Commission in brackets. Following this Roll is the evidence showing that nine Marines actually died at 'Y' Beach 25-26/4/15.

Pte. Wm. Clarke & Pte. John Wm. King are presented here together, for reasons which will become obvious to the reader:-

These details prove beyond doubt that both Pte. King & Pte. Clarke died at 'Y' Beach 26/4/15. Both are now buried in Pink Farm Cemetery, Helles.

This case shows that although Pte. Finn was originally recorded as 3/5/15, his date of death was subsequently & successfully amended to 26/4/15.

The following newspaper extracts were found by Mrs. Margaret Clifford, of Batley, Yorks, the niece of Pte. Thomas Dent.

The letter above, written by Pte. Hallam in the trenches at Gallipoli in May-June 1915, mentions that Pte. Hardiman was wounded two weeks after George Gale was killed. Reference to Pte. Hardiman's service papers reveal the date of his wounding as the 6th of May 1915 (bullet wound in the left arm); 12 days after 'Y' Beach.

More conclusive evidence was found in the 1915, 1916 & 1917 "In Memoriam" columns of the Heckmondwike Newspapers by Mrs. Clifford:-

It is patently obvious from the above, that the family of George Gale believed he was killed at 'Y' Beach 25/4/15; & also that his four pals, the witnesses to his death, also knew the true date.

This letter does not mention the date of Sam's death, but describes the circumstances quite well. However the following letter, written by his pal, Pte. Benfell, to the "Barnsley Chronicle" 10/6/16, corroborates & tells more:-

"Pte. R. Duckworth, of Cudworth, and Pte. S. Hitching, of Royston were both in my section. Both of them met their fate while close to my side. …we went to Port Said, Egypt, and awaited the great landing on the 25th of April when we again were engaged in one of the most trying positions of the Peninsular. We numbered about 1,100, and after a struggle up the high cliff at Y Beach we began a hard fight with the Turks. All that night I had my work cut out carrying ammunition and it was then when Pte. Hitchin fell." 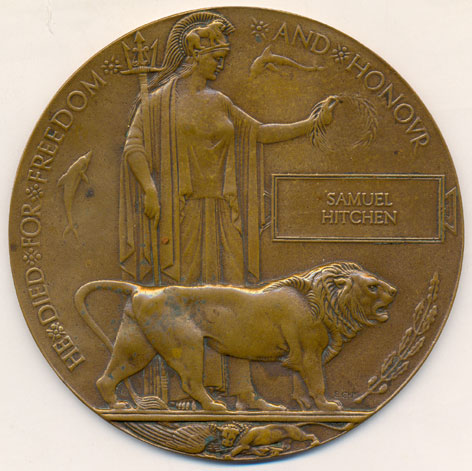 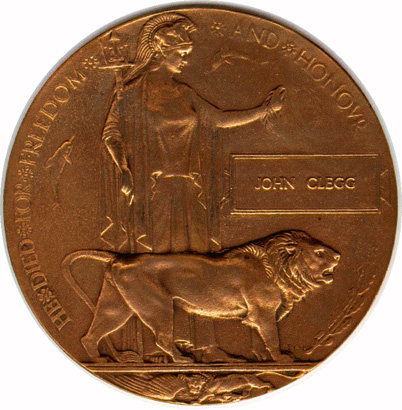 More evidence for the case of 'Y' Beach Marine casualties occurs from a study of the two cemetery registers where 15 of the Plymouth Battalion Marines are buried. Both cemeteries are within a short distance of 'Y' Beach. The remaining 40 Marines have no known graves & are commemorated on the Helles Memorial to the missing (39), with one on the Plymouth Naval Memorial (buried at sea).

We hope the reader will see that there is a good case to argue that all 55 of the Marines here mentioned were killed at 'Y' Beach & that the dates of death shown in error should be amended accordingly.

This case is not unique. We have many other examples of exactly the same circumstances occurring in other Battalions during the Great War.